skip to main | skip to sidebar

Thought I'd just post a quick update on some of the things happening here at Egress.
Everything is going well for the launch of the new Distant Guns EP "The Invisible Observer", this gets its official release on Monday 2nd August and has already received favourable reviews and BBC radio airplay.
The release of the EP also coincides nicely with the addition of two new Digital outlets for the Egress catalogue. Juno is one of the biggest UK online stores and has the added bonus of giving you a choice of MP3 bitrates or even CD quality lossless downloads, something that I hope to see more stores offer in the future. We have also finally managed to get our releases onto Spotify so there's no excuse to not add them to your playlists now.

PS: ...just one more thing...when I'm not busy running Egress I'm also a guitarist in Voodoo Hit Squad, we have our first major gig coming up so if you're in the Hunstanton area on Friday 10th Sept then come along. More details on the Voodoo Hit Squad Myspace page.
Posted by Mark Back No comments:

I'm pleased to announce the release of the next in the EP series from Distant Guns.

"The Invisible Observer" is EP number 4 from the guys and the second EP available from Egress.

1. Paper Lanterns
2. Your Plans Are Just Lists of Things That Won't Happen
3. Captain Birdseye and His Shit Mate
4. CSI: Nowhere

Released on the 2nd August 2010 and available from all the major digital stores.

For a preview head over to the Juno Downloads release page. 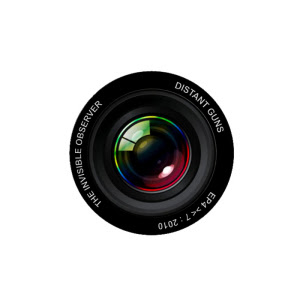 Posted by Mark Back No comments:

This is a Flickr badge showing public items from Sarsie & Mark tagged with k10d. Make your own badge here.